Once viewed as a somewhat shadowy and mostly geeky practice, cryptocurrencies are finally seeing something of a breakthrough into the mainstream. In particular, from the simplification of their purchase and the normalization of the currencies within financial conversations. However, much of its continual rise is attributed to the way specific industries have pioneered their usage and integration.

So, who are these industries at the forefront of the revolution? How did they get involved, and how cryptocurrencies changed the way they do business? There has always been a massive audience crossover between the world of cryptocurrencies and that of online gaming. Not just because both of these industries share similar online communities, but because the blueprint exists for complete integration.

The use of token-payments is a normalized practice within the world of online video games, an industry that now relies heavily on the revenue brought in by in-game purchases such as loot boxes. In the future, we could see the industry go one step further and allow the purchase of downloadable games through platforms like Steam with the use of just cryptocurrencies.

One sector of the industry that has welcomed cryptocurrencies with open arms, though, is online gambling. Several Bitcoin-only casinos have popped up in the past few years, dealing entirely in cryptocurrencies. These are not fringe outfits either, with 3 of them appearing on the top 8 platforms listed by OnlineCasinos.

The future of cryptocurrencies in online gaming relies on how the rest of the industry embraces it. We will see developers offer their users more payment options, or will we see Bitcoin and the like find themselves in hot water? Property isn’t the type of purchase you typically associate with cryptocurrencies. The world of real estate seems too big and too integrated with the national economy to risk experimentation with an apparently volatile entity like cryptocurrency.

Quite the opposite has happened, though, and real estate is one of the most exciting avenues for cryptocurrency to explore. There have been both cases of houses being listed by property agencies available to buy with bitcoins, and private owners selling their properties and only accepting offers made in cryptocurrencies. This represents a massive potential for the market to change as cryptocurrencies become a more accepted and widely used option.

The use of blockchain technology is also expected to simplify the process of buying a house, removing much of the paperwork, and making the process more transparent. The incredible amount of money circling throughout the world of sport lends itself to forging an opening for the integration of cryptocurrencies. Football is one of many sports that has lead efforts to pioneer this integration within the industry.

Numerous advertising deals have been made with crypto-trading companies, including collecting sponsorship money from eToro in Bitcoin. It is predicted that the use of cryptocurrencies could lead the way to eliminate ticket touting, a problem plaguing multiple sports across the world.

Within the game of football, some teams have found practical uses for cryptocurrencies. The side Gibraltar United promised to start paying its players in cryptocurrencies; however, this promise has still not come to fruition. This does, however, show a willingness from teams to embrace this option at some point. Turkish side Harunastaspar made history when they became the first team to complete a player transfer with Bitcoin in 2018.

While this pioneering has been slow when it comes to practical uses within the sport, the business side is seeing the benefits, as various clubs plan to trial using cryptocurrencies as a payment option in their newly built stadiums. Perhaps the most likely to pioneer the use of cryptocurrency is the food industry, which has seen a lot of its innovation come mainly from the world of food delivery.

Multiple fast-food chains have run cryptocurrency-based promotions, including KFC, who launched the Bitcoin bucket in 2018 in Canada, hinting they would soon trial new payment methods.

Across Europe and the United States, fast food delivery portals such as pizzaforcoins.com have started to accept cryptocurrencies as a method of purchasing from hundreds of takeaway restaurants, including the leading fast-food brands such as Dominoes.

The advent of blockchain could also add transparency to the process of food manufacturing. The auditing process will be simplified, and the stages of food delivery will be more transparent, allowing companies to trace their purchases back to the source quickly.

In conclusion, many industries are latching onto the cryptocurrency trend, looking to at least dip their toes in the water before committing to a new strategy. We expect to see new pioneering at a smaller scale for the next few years before we see a total mass adoption. 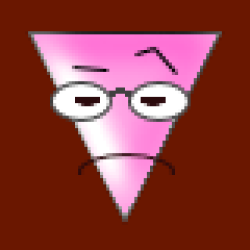