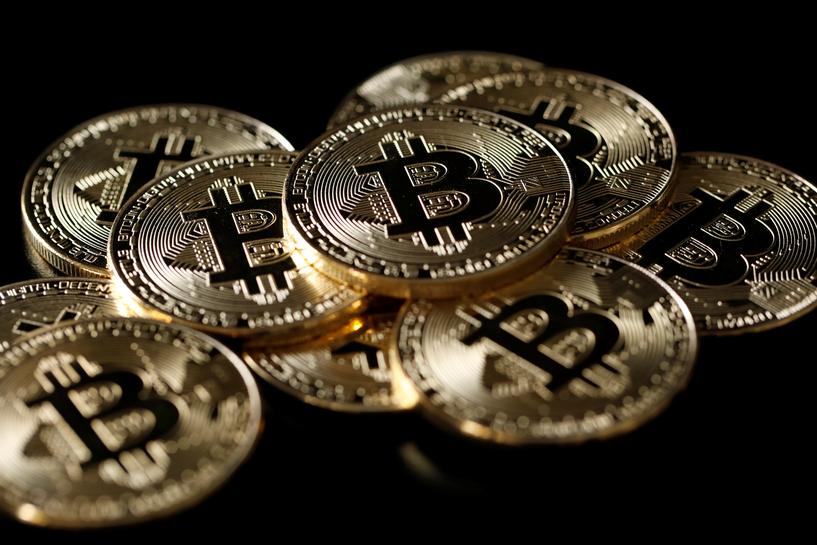 LONDON (Reuters) – World stocks climbed and equity volatility neared a record low on Monday as investors focused on strong economic growth signs ahead of a slew of interest rate decisions, while the launch of bitcoin futures fed the market’s cryptocurrency obsession.

European stocks drew strength from a positive Asian session to trade higher in early deals. The rally dissipated after the open but Germany’s cyclicals-heavy DAX .GDAXI and the index of leading European companies .STOXX50 held onto gains.

Stealing the spotlight was the debut of bitcoin futures contracts, allowing investors to bet on the price of the cryptocurrency in one, two or three months.

The one-month contract, the most-traded on the Chicago-based CBOE Global Markets exchange XBTc1, opened at $15,850 on Sunday night — a gain of 21 percent.

Bitcoin has rocketed up a gravity-defying 1,600 percent since the start of the year, attracting institutional interest — and concerns that it is a bubble in the making.

“The one-month contract is trading at around an 11 percent premium to the underlying bitcoin, and for me that’s a clear indication that there’s no connection between the two markets,” said Lukas Daalder, chief investment officer at Robeco.

Several online brokerages have not yet allowed trading of the new futures.

“I can understand you don’t see that many people who are willing to offer this contract, because you can’t hedge your underlying risk if you can’t short it,” Daalder added.

“This only adds to the bitcoin phenomenon. It’s interesting to watch, but not a market that I would like to touch.”

While frantic trading kept bitcoin volatility dizzying, a gauge of S&P 500 volatility .VIX hovered below 10, nearing the record low hit in November, though it was edging up slightly after four days of falls.

“Momentum behind stock markets has been pretty solid, supported in part by good numbers on the economic front and not bad earnings. I don’t see anything happening right now that could break the momentum,” said Daalder…