The return of a previously well-known phenomenon to Bitcoin this week continues to excite traders as Bitcoin price pushes above $5250.

Return Of The ‘Kimchi Premium’

This, while delighting many who are eager to call a definitive ‘bottom’ in bitcoin price, has led to uneven spreads across exchanges.

As Bitcoinist reported, it was China that led the trend this month, with the country’s traders paying extra for acquiring stablecoin Tether (USDT), their main entry point into Bitcoin and other cryptocurrencies in a highly restricted market.

The pattern first emerged in late 2017 as BTC/USD aimed for its all-time high over $20,000. Thereafter, the Premium came and went, most recently last October, before Bitcoin’s descent to recent lows of $3100.

BTCKRW: Korean premium is appearing again. Just like before the surge from 4k to 5k.$BTC #bitcoin $btcusd pic.twitter.com/m2n0lvxQn8

In its latest incarnation, according to data from South Korean exchange Korbit, the premium is leading Koreans to pay 6.05 million won per bitcoin, against a USD price of $5230. This represents a markup of around 1.5 percent.

Woo Analysis Suggests Bottom Is In

Meanwhile, further evidence bitcoin price may have bottomed out in the past months has come from independent analyst Willy Woo. In an update to his Woobull blog, Woo extended his Bitcoin price measurements in an attempt to place its recent lows in context. 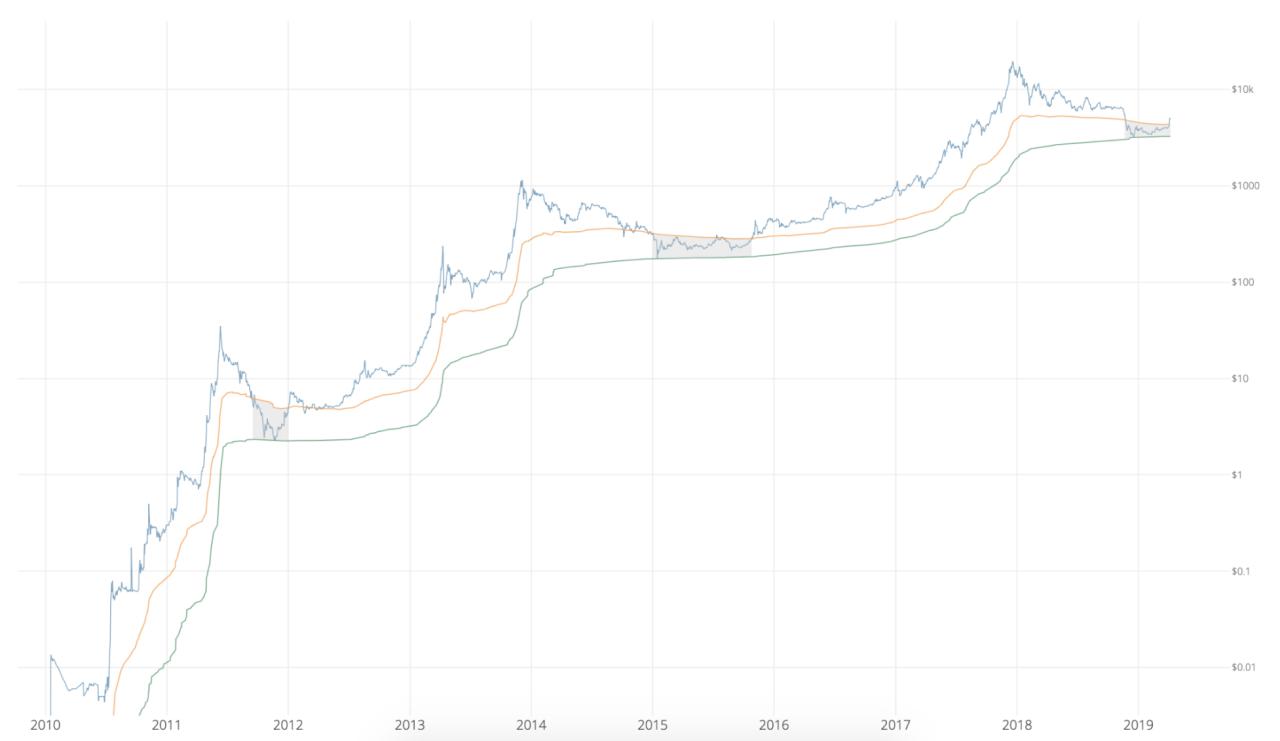 “When a HODLer sells to another HODLer the transaction contains both value (USD) and a length of prior HODL time,” he explained.

CVDD is the cumulative sum of this value and time destruction for every on-chain transaction (adjusted by age of market which brings the units back into USD).

If Woo is correct, the latest bottom should already be behind Bitcoin, with the surge above $5000 the start of a fresh longer-term uptrend.

As Bitcoinist noted, however, not everyone is convinced, with veteran trader Tone Vays this week leading calls to treat the latest Bitcoin price performance with skepticism.