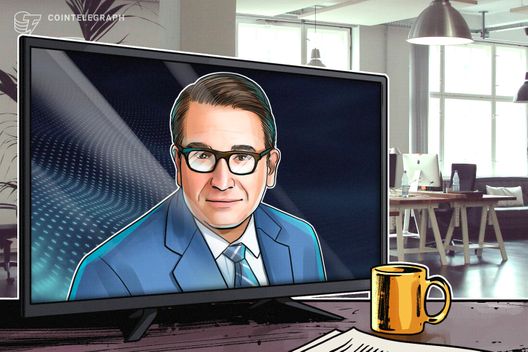 Brian Kelly, the founder and CEO of digital currency investment firm BKCM LLC, said that the next Bitcoin (BTC) target is going to be $6,000, CNBC reported on April 2.

During an interview on CNBC’s “Futures Now” show, Kelly stated that “probably a reasonable target [for Bitcoin] is close to $6,000 for this move.” Kelly’s statement comes in the wake of a price surge elast night when the leading coin skyrocketed by over 15 percent and broke the $5,000 price mark for the first time since last November. Kelly suggested that the cryptocurrency market is finding its bottom:

“All indications that we have — whether it be fundamentals, technicals, the quantitative analysis we do — all suggest that we probably have at least started to put in the bottoming process. […] What’s interesting about this move is it’s happening on improving fundamentals and improving institutional sentiment.”

Kelly further supposed that institutional investors are one of the main drivers of the cryptocurrency price upturn, saying:

“Even high net worth individuals, family offices, are starting to take a serious interest. There’s a couple major brokerage firms that are rolling out some custody solutions. So there’s quite a bid going on under the surface.”

According to CNBC, the price surge reportedly followed a 20,000 BTC buy across multiple exchanges, or 0.11 percent of the total Bitcoin supply of 17,620,525 BTC at press time.

In February, Kelly said in an interview with Cointelegraph that Bitcoin was 50 percent undervalued at the time. Kelly, however, added that he would not be surprised if Bitcoin went to $1,500 for a short term.

Last month, Arthur Hayes, another cryptocurrency bull and CEO of digital currency trading platform BitMEX, predicted that Bitcoin will get back to the $10,000 price point this year. According to Hayes, the market recovery will begin in early fourth quarter of 2019:

At press time, Bitcoin is trading around $4,790, having gained more than 15 percent over the past 24 hours, according to CoinMarketCap. The coin peaked to $4,849 in the middle of the day, before dropping slightly and trading sideways at press time.

Source: Brian Kelly Says Next Target for Bitcoin is $6,000, With Crypto Markets Bottoming