Bitcoin price posted an impressive 8.7% surge over the weekend has left another sizeable gap in the CME Bitcoin Futures chart – this time around the psychological $9K mark. Are we going to be in for a turbulent week? Let’s take a look. 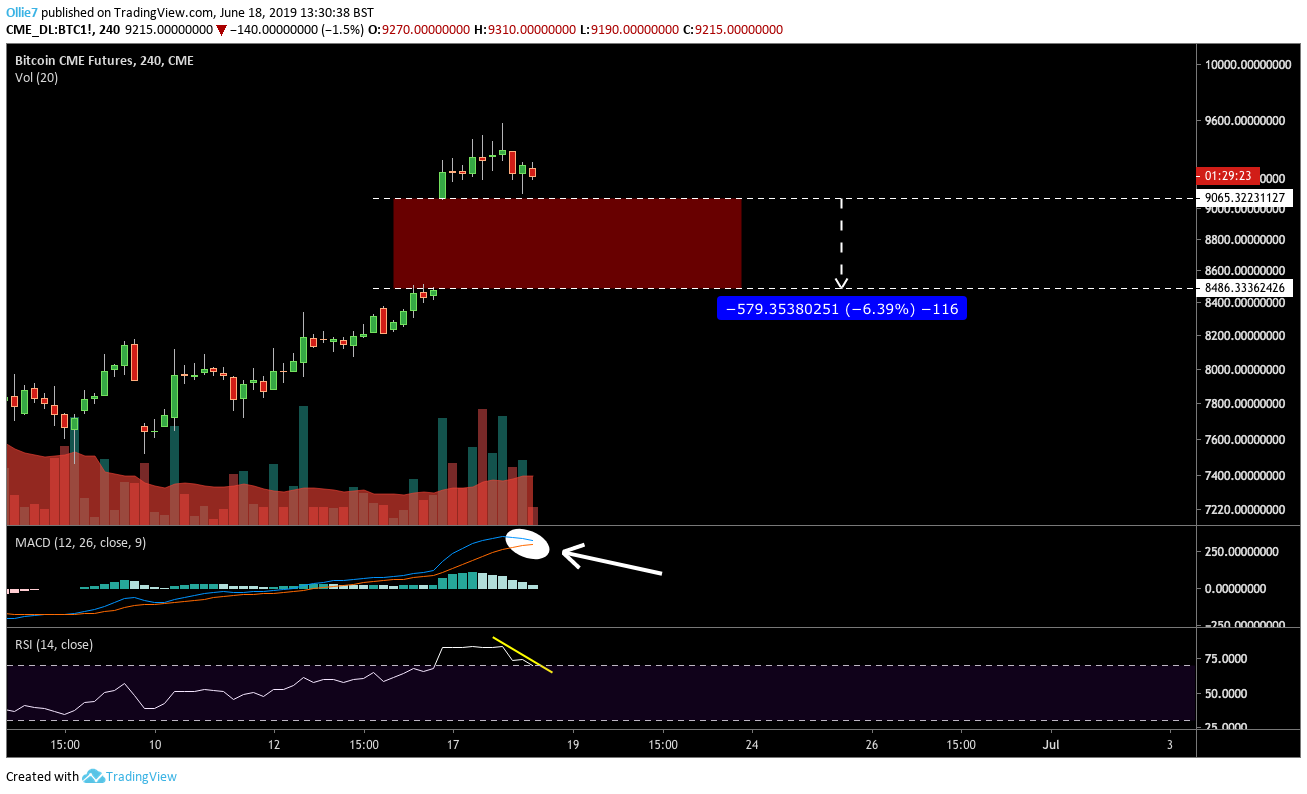 Between the 15-16 June, bullish traders catapulted Bitcoin price 00 over the critical $9K level after rejecting a bearish rising wedge pattern the day before. Because of this new impulse movement during the traditional financial market close, it caused a $570 gap to appear on the CME bitcoin futures chart between $8,485 and $9,055.

As mentioned in a previous analysis, these CME gaps have a tendency to act like magnets on the price action and often invite traders to close them by moving in the opposite direction. A gap like this, as shown above, was caused by a freak surge in bullish momentum over the weekend, and so now bearish traders are being tempted to sell or short the market in order to close it.

The distance between last week’s close and the new week open represents a considerable 6.39% difference in price. If Bitcoin’s price continues to correct from its recent YTD-high, it runs the risk of retracing back the $9K level and triggering bears to fill the gap.

Looking at the current market momentum, we can see that BTC price appears to be losing altitude as buying volume on the histogram decreases and the RSI returns back into the index channel.

If the 12MA bearishly diverges with the 26MA as well, we will have another firm bearish signal that BTC is likely to continue declining. 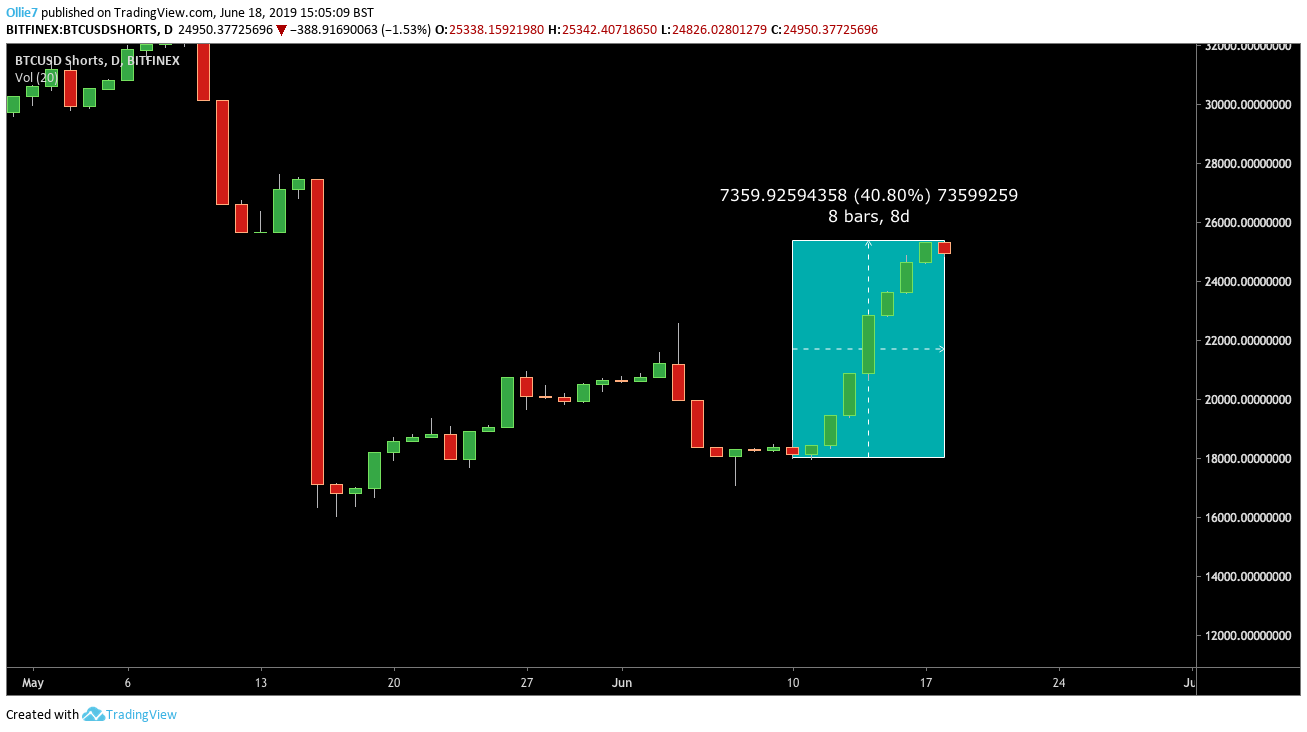 Looking at the Bitfinex BTC derivative market, we can see that there’s been a substantial 40% hike in short positions over the last 7 days despite Bitcoin’s price reaching a new YTD-high. This is the biggest rise in shorts since Bitcoin hit the $5K level.

Either way, we could be in for a very volatile week if any of these two scenarios play out.