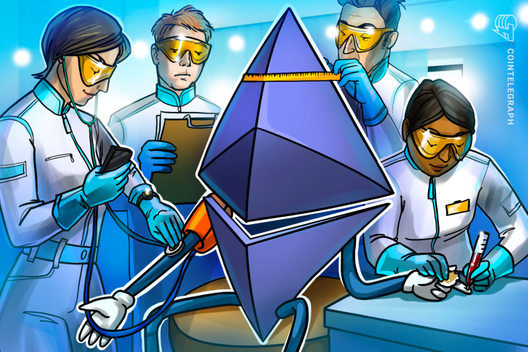 In his note, Buterin argues that the Ethereum ecosystem needs more privacy, and points out that the default behavior is to do everything through a single account, allowing for all of the user’s activities to be linked to each other. Furthermore, he notes that simply spreading the ether across multiple addresses is not a solution, since the transactions sending ETH to those wallets connect them.

Buterin also linked to a Twitter thread where it has been brought to his attention that to apply for the HumanityDAO initiative, users are asked to simply tweet their Ethereum address. Twitter user Mooncritic noted: “You can now look up many people’s Ethereum balance by their Twitter handle.”

For this reason, Buterin proposes “a simple mixer for sending fixed quantities of ETH from one account to another without the link being visible on-chain.” According to him, even if the mixer would be able to manage only small amounts of ETH, it would still enable privacy-preserving usage in many applications which involve small quantities of funds.

The system would allow users to send a transaction to deposit, wait to get more anonymity, generate a ZK-SNARK proof and relay it to the addresses contained in the registry. The software allowing for the use of the mixer would be web-based, requiring users only to visit a web page in their browsers to use it.

As Cointelegraph reported earlier this week, Dutch, Luxembourg authorities and Europol have shut down one of the three largest cryptocurrency mixers.

In September 2017, a group of analysts evaluated how much and where Ethereum transactions were being processed, allegedly finding that a mixer was responsible for 65% of the transaction volume.