Earlier in the week, Ethereum price marched through the $155 resistance and on over the weekend the altcoin tackled the resistance level at $165. Once above $165 it has been literally blue sky breakout for ETH and the altcoin now trades at $185. The next levels to break are $200 and $225.

Investor sentiment for Ethereum has also received a boost and over the weekend and a number of analysts suggested that the ETH-USD pairing was growing increasingly bullish and many called for a run to $190 to $200.

Ethereum Classic (ETC) also pumped hard in the earlier hours of Sunday, March 7. The general theory of a rising tide lifting all ships could also be helping to lift ETH price as the overall cryptocurrency market benefits from Bitcoin’s recent trend reversal. 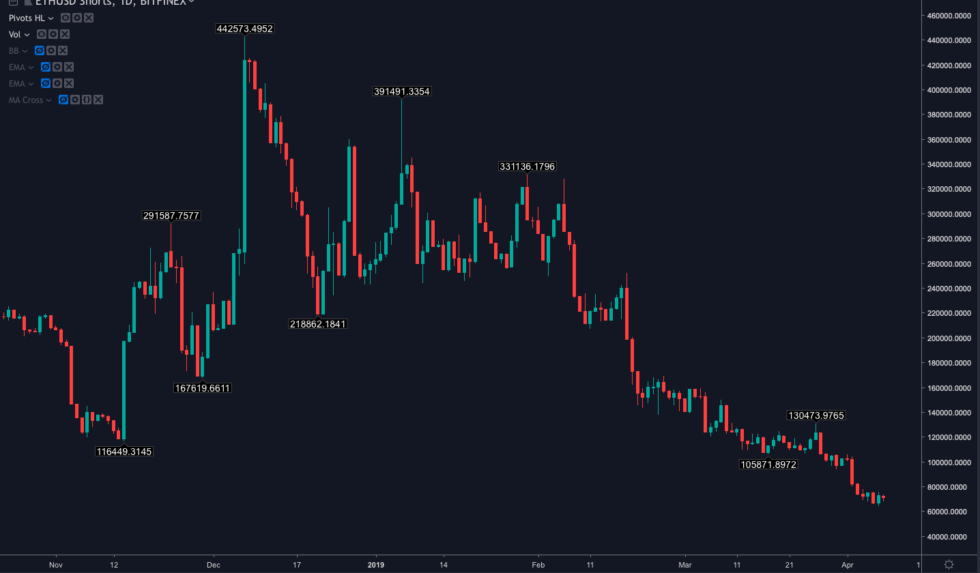 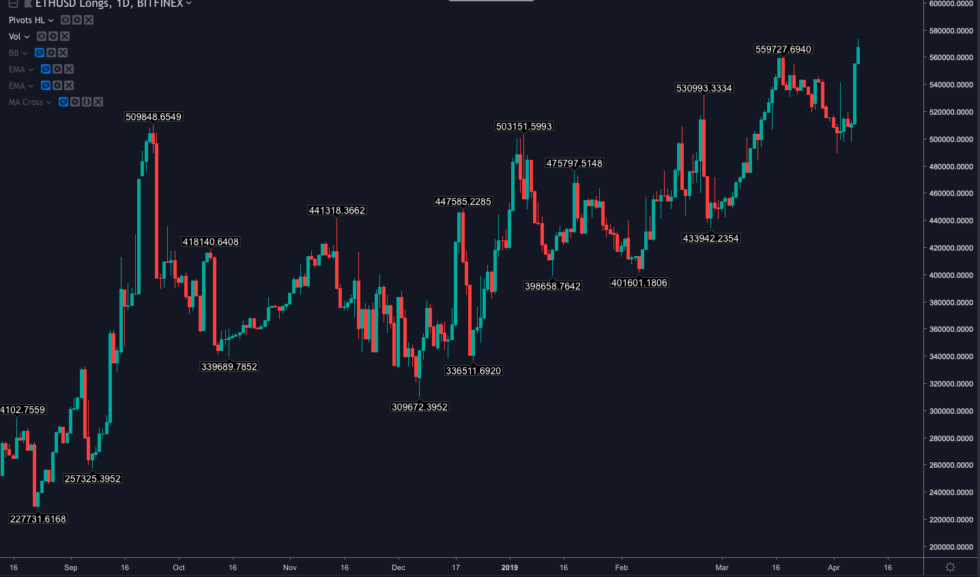 ETH-USD shorts continue to drop to new all-time lows and ETH-USD longs have reached a new all-time high. The ETH-BTC pairing has also finally turned bullish and the 12 EMA recently crossed above the 26 EMA as ETH exploded above the upper arm of the Bollinger Band indicator. 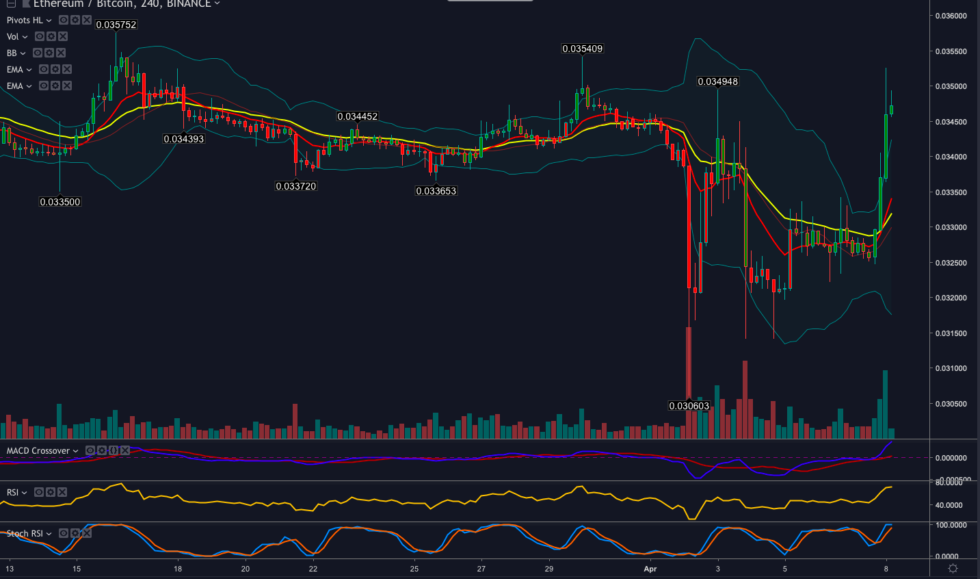 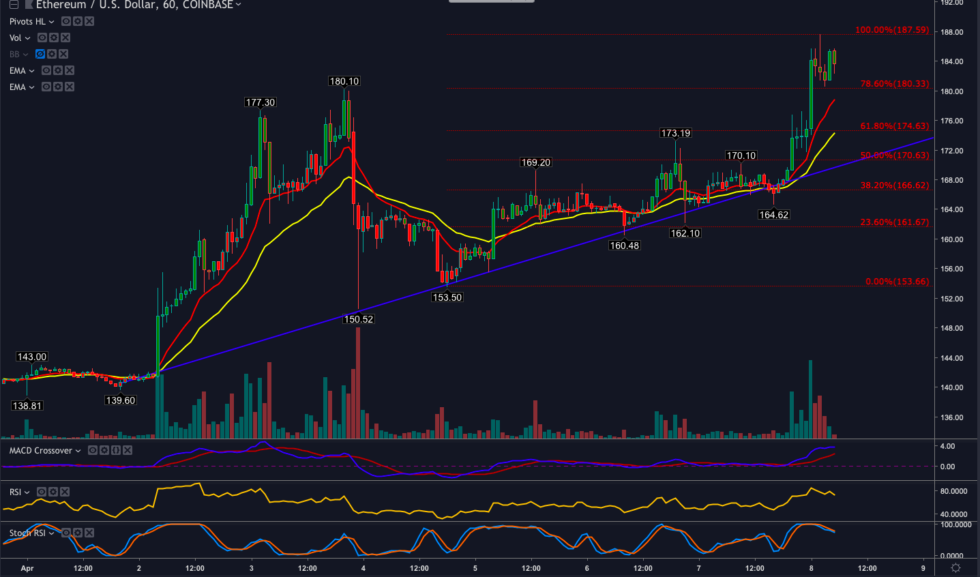 At the time of writing ETH appears set to temporarily settle on the 78.6% Fib retracement level at $180 (26 EMA) and there is also support at $174.66 (61.8%). Ethereum price remains in good order as long as it stays above the ascending trendline at $170, which also lines up with the 50% Fib retracement. 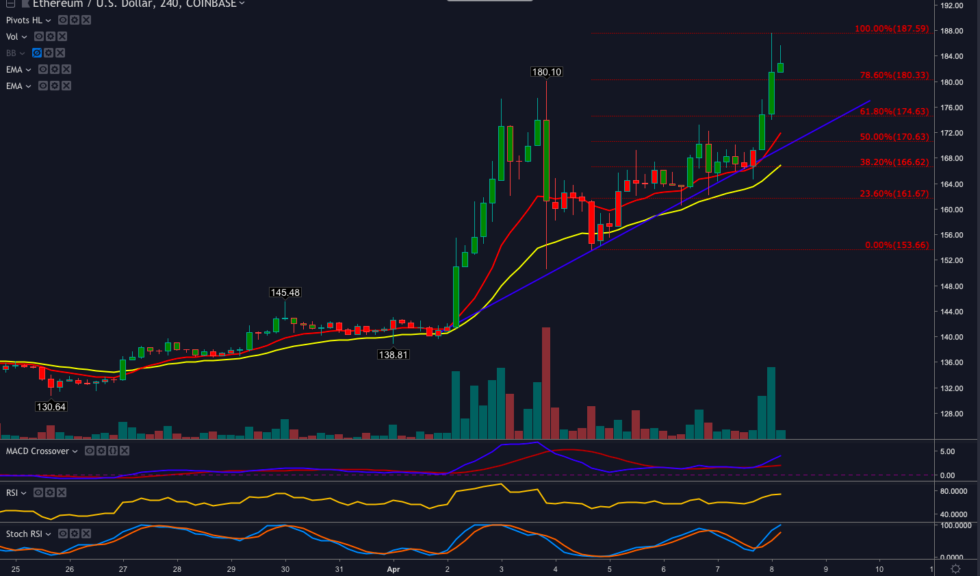 Currently, the 4-hour MACD, Stoch and RSI are all bullish and ETH also broke above the bearish trendline on the RSI. The hourly chart suggests ETH is cooling off after an impressive run and a quick glance at the order book on Coinbase and Kraken shows strong buying interest at $180 so possible entries into ETH range from $180 to $174.

Source: Ethereum Price Analysis: Is ETH Carving a Path to $200?