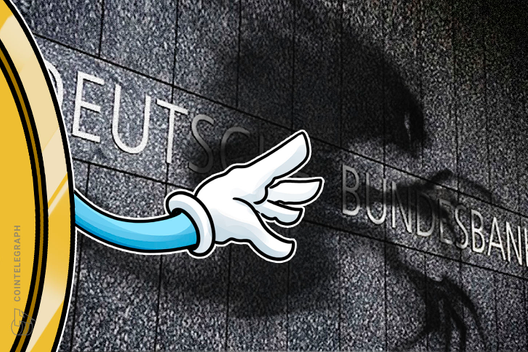 Potential benefits of Facebook’s Libra should be made possible despite the existing regulatory uncertainty and associated risks, Germany’s central bank said.

In a monthly bulletin called “Crypto tokens in payment transactions and in securities settlement” released on July 22, the Bundesbank evaluated potential advantages and shortcomings of central bank digital currencies (CBDCs), as well as stablecoins such as Facebook’s widely-discussed crypto project Libra.

Regulation of Libra should be as technology-neutral as possible, Bundesbank says

In the document, Germany’s central bank stated that global innovative projects such as Libra should not be made impossible as they aim to increase prosperity and transaction costs.

However, global regulators should ensure that a number of important standards such as security, monetary and financial stability are not negatively affected, and payment transactions are not compromised, the bank wrote. The Bundesbank stressed that competition in the European payments should be ensured to stay.

At the same time, the regulation should not hinder innovation, the bank emphasized:

“ […] a government should be as technology neutral as possible, so that the benefits of innovation can be made available for the financial sector.”

The bank added that a number of important technical, organizational, and regulatory questions regarding Libra Association is still open, while there are also some speculative considerations for its potential impacts. As such, the bank stated that global supervisory authorities and central banks should keep carefully monitoring and evaluating the project.

In the document, the Bundesbank considered CBDCs and stablecoins as two major recent developments that can affect the role of global central banks.

Outlining potential general advantages presented by CBDCs, the Bundesbank said that it sees no need of CBDCs for non-banking entities, as they can be used by them as a substitute for commercial bank money, which in turn could have a negative impact on credit supply.

The new crypto-related statement by the Bundesbank echoes recent reports on Bundesbank President urging global regulators to not suppress projects such as Facebook’s Libra in their infancy. Jens Weidmann reportedly stated at a G7 event that regulators should be careful to avoid inadvertently suppression of innovative concepts before all the details have been clarified.

Source: Gov’ts Should Be Neutral on FB’s Libra