Trading of institutional Bitcoin (BTC) investment products have seen growth for the fourth month running, and are rising against United States-based crypto exchanges as a percentage of total trading volume. The news was revealed in a new report from weekly crypto outlet Diar on April 8.

Diar’s data reveals that month-on-month, the percentage that institutional BTC products account for out of total Bitcoin trading volumes has continued to steadily grow, with 15% in January 2019, 17% in February, 18% in March and now 19% in April. 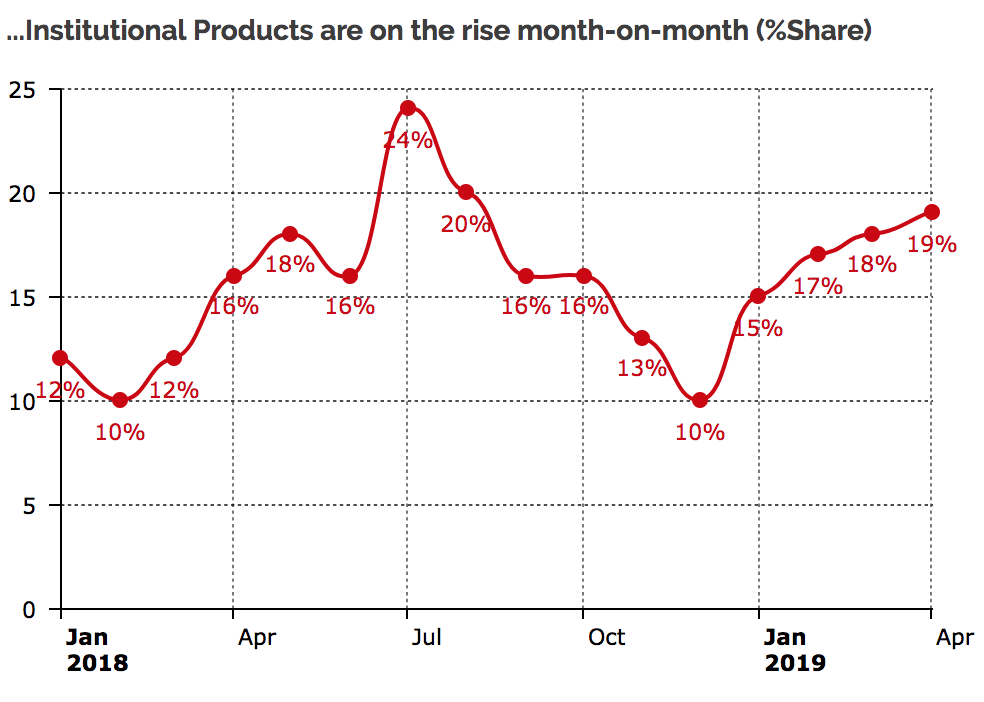 The rising share notably does not represent an all time high, which was at 24% in July 2018, according to Diar’s data. Moreover, the rising relative popularity of institutional products comes amid a backdrop of declining Bitcoin trading volumes in the U.S. context overall: 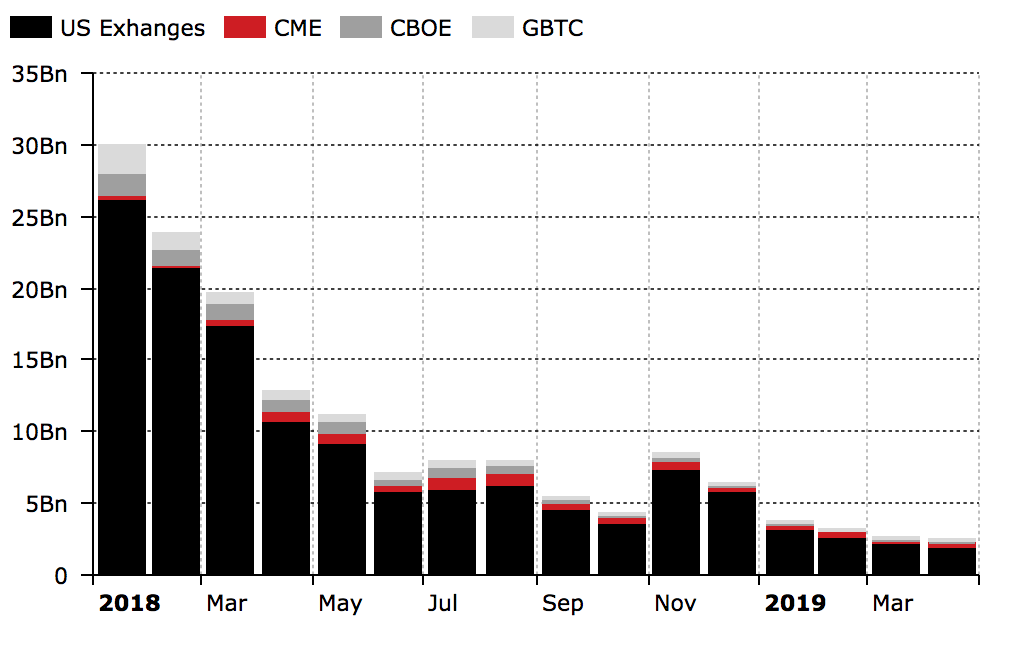 As Diar notes, CBOE has logically seen the biggest decline in market dominance, having delisted Bitcoin futures in mid-March of this year as it reassesses its approach to listing crypto derivative offerings.

Diar further states that Grayscale’s GBTC, which trades on the OTCMarkets, has reportedly also lost dominance. Having accounted for over 50% of the market share across the three institutional products, it now reportedly stands at under half, at 24%.

As a context for its findings, Diar mentions a recent analysis from cryptocurrency index fund provider Bitwise Asset Management that argued that 95 percent of volume on unregulated exchanges appears to be fake or non-economic in nature.

While suspicions in regard to reported volumes have frequently beset the industry, Bitwise’s data and claims were notably submitted to the U.S. Securities and Exchange Commission.