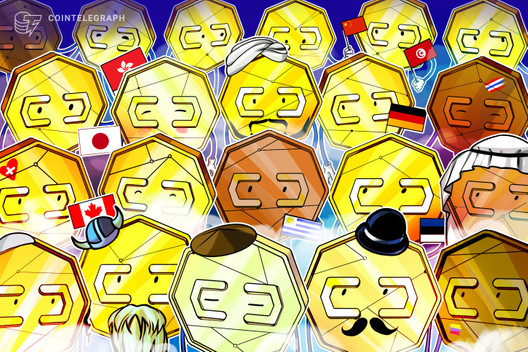 The lack of standard global terminology for crypto assets is a major impediment for the adoption of clear regulatory policies in the industry, according to a study by the Cambridge Centre for Alternative Finance (CCAF) released on April 16.

According to the report, a variety of major terms in the crypto industry is often used interchangeably and without a clear definition, which hampers global regulatory response.

Conducted with support from the Nomura Research Institute (NRI), the research provides a detailed analysis of the regulatory landscape on crypto asset activities in 23 jurisdictions. The research data was collected mainly through desktop research from November 2018 to early February 2019, the report notes.

According to the study, the term “cryptoasset” itself lacks a specific definition and is widely used as an umbrella term to refer to digital tokens that are issued and transferred on distributed ledger technology (DLT), specifically blockchain, systems. The research argues that the terms crypto asset and token have different meanings depending on the context.

The researchers further outlined three major challenges that are faced by global regulators of crypto. Prior to the adoption of clearly defined, standardized terminology, regulatory jurisdictions should first understand the nuances of the different terms and identify the terminology that is most suitable to their regulatory objectives.

In addition, the CCAF research says that the 82% of analyzed jurisdictions have distinguished crypto assets that have characteristics of a security from other types of cryptos. Based on that, activities relating to crypto assets that are considered securities are automatically brought under the authority of local securities laws, the report says.

Recently, Cointelegraph reported that the French government is planning to convince other European Union member states to adopt cryptocurrency regulations similar to its own.