Bitcoin price analysis is showing BTC/USD consolidating inside a pennant pattern, but which way will it break after being rejected at $8,300?

Bitcoin price (BTC) has had a wild ride over the last 7 days, printing a new YTD-high at $8,388, experiencing a heavy flash crash the following day, only to then recover back above $8,000 again.

Let’s take a look at the bitcoin price analysis to see where this turbulent asset is headed next. 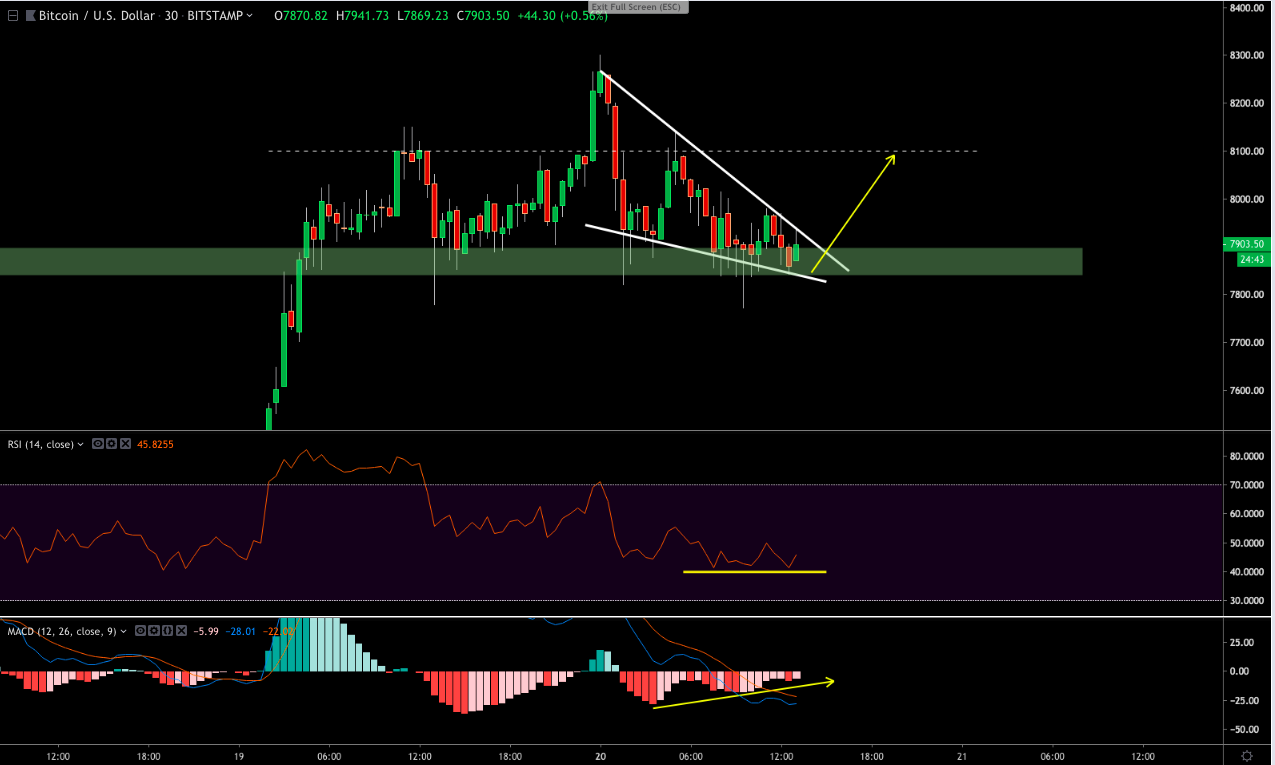 On the 30-minute BTC/USD chart we can see that the intraday price action is continuing to consolidate inside a bullish descending triangle pattern, between two downtrending levels (white lines).

A strong support zone (green shaded area), which has so far successfully prevented BTC price 00 from dropping below psychological $7,800 level on several occasions, should provide bullish traders with a secure foothold to launch an upside recovery.

If this plays out, the key resistance above at $8,100 seems like a likely break out target for BTC buyers, who will be keen to re-establish the psychological $8,000 support.

Looking at the momentum indicators, we can see a number of promising signals support this break out idea;

If candles begin to close beneath the strong support zone at around $7,840 however, then we should assume that the breakout has failed. 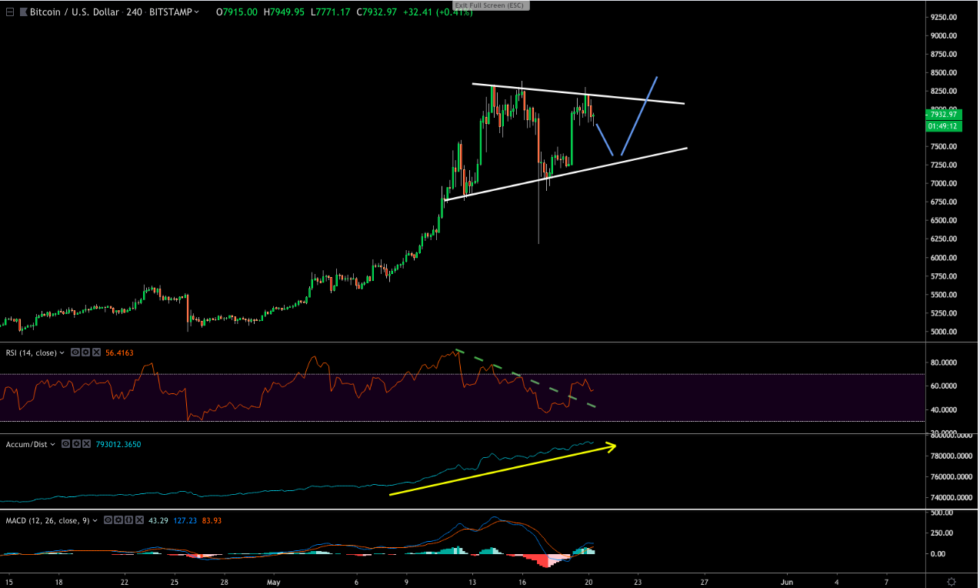 On the 4-hour BTC/USD chart we can see a different type of consolidation starting to take place. This time, inside a pennant pattern.

This particular type of pennant pattern, where the price action enters from the bottom, is generally regarded as a bullish continuation pennant. Typically we would expect the price action continue to pinch in between the two levels until it reaches maximum consolidation, and breaks bullish.

Sometimes however, these patterns can turn bearish depending on market sentiment at the point of maximum consolidation.

Looking at the 4-Hour chart indicators we can see a number of strong bullish signals, which show that buying momentum is continuing to grow behind the asset;

This suggests that the asset is likely to break bullish from this pattern, provided market sentiment remains positive.

Close observations will need to be kept on the lower support as BTC consolidates inside the pattern. If at any point candles begin to close beneath this support then it could be an early sign that bearish traders have rejected the pattern, and are attempting to reverse the price trend. 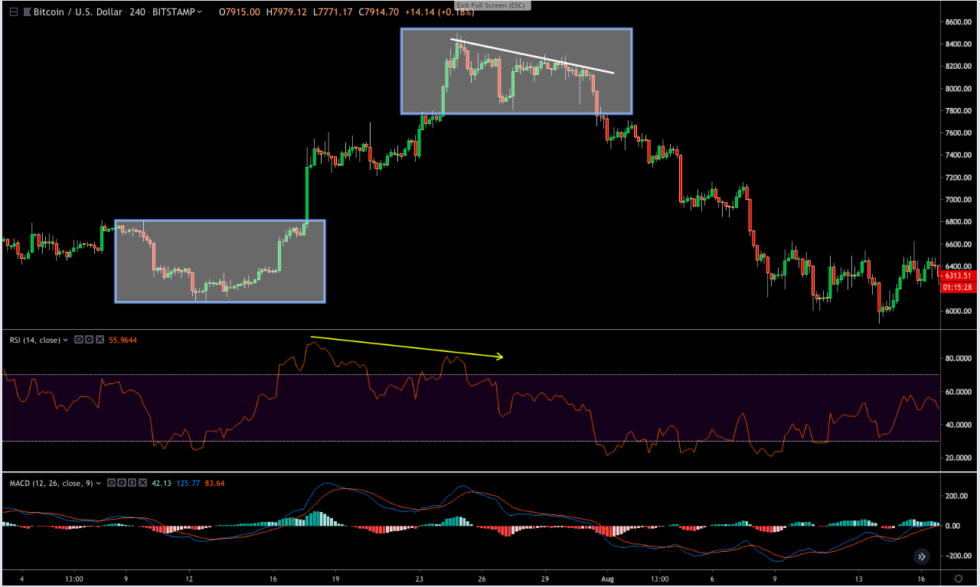 Looking at a snapshot taken between July and August of last year, we can see a strong similarity between the past and current price trends.

From July 9- July 18, 2018, Bitcoin’s price action formed a deep arcing parabola almost identical to the much more drawn out dip seen on the BTC chart between November 2018 – May 2019.

Following on from the parabola in July 2018, BTC’s price action went on to hit a new 2-month high before going on to consolidate in between a downtrending resistance and uptrending support level (white line).

After reaching maximum consolidation, bitcoin price suddenly plunged and quickly wiped out all of Bitcoin’s gains from the previous months.

In order to prepare for this potential outcome, it is highly recommended that traders employ stop losses in order to mitigate losses.

Source: Pullback After Rejection at $8.3K Has a Silver Lining