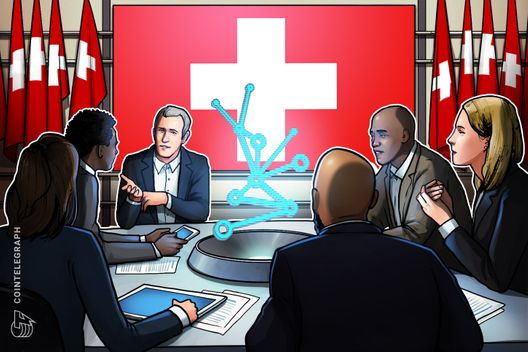 The Swiss Federal Council has started its consultation period on the adaptation of federal law for blockchain development, according to an official press release published on March 22.

By initiating the consultation, the Federal Council intends to improve legal certainty over blockchain applications in order to build a basis for regulatory framework for the industry in Switzerland, particularly in the financial sector.

According to the document, the Federal Council’s consultation will last until the end of June 2019.

In mid-December 2018, the Swiss Federal Council adopted a report on the legal framework for blockchain in the financial sector, stating that the existing financial law in the country is suitable for the blockchain industry, but needs some specific adjustments. The authority advocated for better legal clarity for rights holders on a blockchain network and ensuring that decentralized trading platforms are subject to the country’s Anti-Money Laundering (AML) Act.

Following the announcement, the Council has now released a draft consultation document, proposing a number of adjustments, including the establishment of digital registration of rights in the Swiss Code of Obligations, as well as the segregation of crypto assets in the event of bankruptcy in the Federal Law on Debt Collection and Bankruptcy.

The Council also proposed creating a new authorization category for distributed ledger technology (DLT) trading facilities in the market infrastructure law in order to provide a regulated financial market. Apart from that, the authority suggested an adaptation of the future Financial Institutions Act in order to set up a licence for operating a trading facility as a securities firm.

Earlier this week, the Federal Assembly of the Swiss government approved a motion to instruct the Federal Council to adapt existing legislation for cryptocurrency regulation.