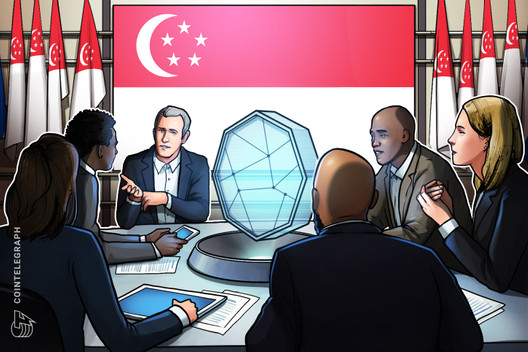 More than 20 of the crypto market’s biggest traders gathered in January for talks on making digital assets and tokens part of the global financial architecture, according to a Bloomberg report published on April 25.

The meeting was reportedly arranged by Standard Chartered executive Hoe Lon Leng — and representatives from Galaxy Digital, Coinbase and Binance were among those said to have attended the talks at a luxury resort in Singapore.

Bloomberg reported that the meeting has resulted in plans for a clearinghouse for crypto derivatives that would reduce trading costs while increasing trading volumes. Reportedly known as the Liquidity Offset Network, it could be live and regulated by the Singapore Monetary Authority as early as July.

Simon Nursey, who attended the meeting, told the website:

“We see this as getting the crypto market into shape in order to absorb the entry of traditional finance firms. We are witnessing the emergence of a new asset class.”

The gathering reportedly focused on over-the-counter contracts rather than bitcoin (BTC) futures, which are commonly traded on exchanges. Nursey said he believed that an accepted guide of trading conventions could encourage more Wall Street banks and institutional investors to begin exploring crypto investments.

But Eoin O’Shea, Credit Suisse’s former compliance chief, said challenges remain — telling Bloomberg that crypto “is now practically a pejorative” because of the well-documented cases of fraud seen in the industry. He added: “It will need to shake off this taint if it is to go mainstream.”

Today, Genesis released their quarter one 2019 numbers, showing that they processed  $425 million in loans, with bitcoin comprising 68%. Ripple, the firm behind XRP, also today released numbers showing that they sold $169.42 million worth of XRP in Q1 2019, up over 31% from the preceding quarter.