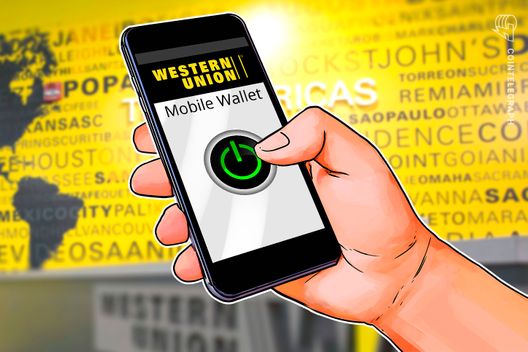 Thunes is the latterly rebranded trading name of TransferTo — a cross-border payments network focused on emerging markets. TransferTo had previously partnered with open source blockchain project Stellar to trial the integration of blockchain-powered settlements into its services.

According to Western Union’s press release, the partnership with Thunes will focus on enabling the use of WU’s digital network or WU agent locations to transfer funds directly to recipients’ mobile wallets.

Western Union emphasizes that this expanded functionality aims to drive financial inclusion globally by easing financial access for the underbanked — and anyone currently not supported by traditional financial service providers.

Western Union has recently indicated it is more receptive to blockchain-based digital currencies, with the president of WU Global Money Transfer stating that should cryptocurrencies become an adopted means of exchange between individuals and business, the company “would be ready to launch” support.

Aside from crypto, Western Union is already exploring the use of blockchain technology, participating in ongoing tests with Ripple to probe the cost and time efficiency value of Ripple’s blockchain-powered settlement system.

In Stellar news, six international banks have recently signed letters of intent to issue their own fiat-backed stablecoins on IBM’s cross-border payment network, which is based on Stellar.